Free express shipping on all orders above $48!

Vitamin C + Ferulic SerumAgeing Skin Bundle
Product is not available in this quantity. 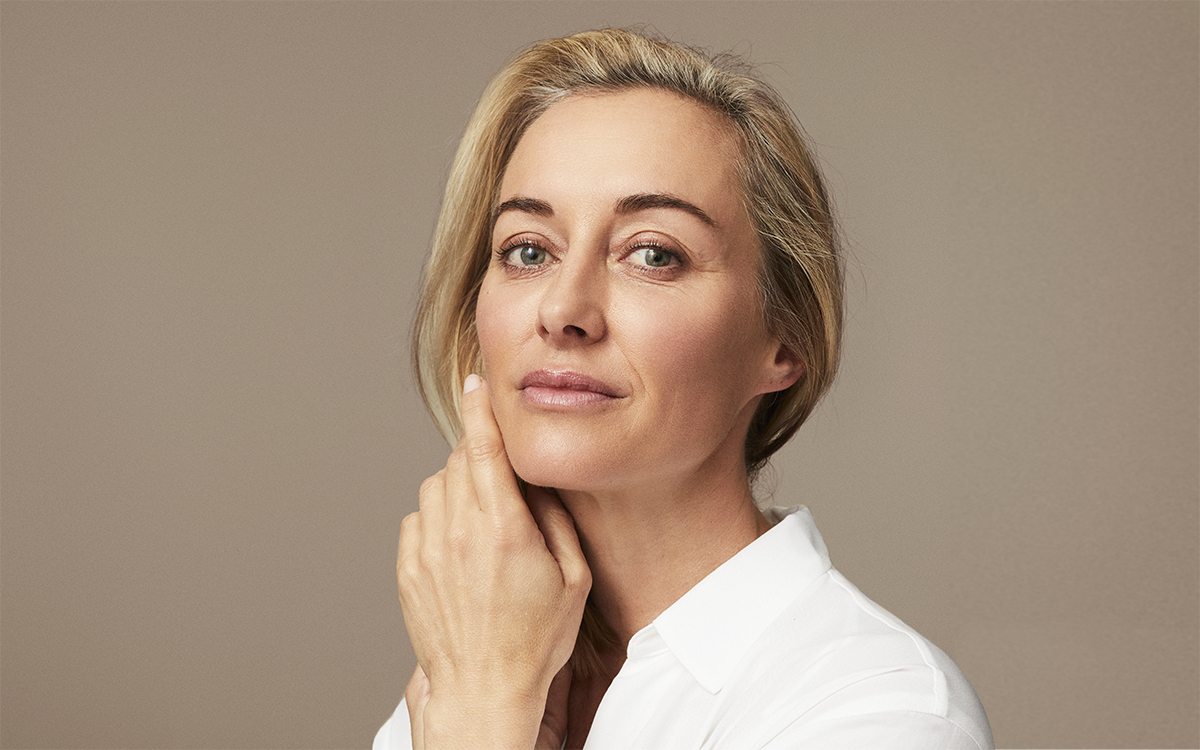 These days, we are spoilt for choice when it comes to skincare.

There are endless moisturisers, cleansers, and serums out there, and seemingly thousands of products designed for our specific, individual skin situation.

There’s never been a better time to be getting into skincare—the possibilities for treating our faces are endless.

But have you ever stopped to wonder how people took care of their skin throughout history?

We have, so we took a step back into the past to look at some of the biggest skincare trends of all time.

Along the way, we were surprised to find a few skincare practices that we still use now—and some that we’re definitely glad we left in the past.

In ancient times, cleansing involved scraping dirt from the face with a piece of bone or rock1—fortunately, our skincare routines have improved a bit since then.

In the 1920s, it became popular to wash and cleanse the face with cold cream: a thick cream made of water, oil, and fats.

This removed make-up and helped moisturise the skin underneath.

Then, in the 1930s, a skincare doctor named Erno Laszlo came up with the double cleanse.

He said that a cleansing oil should be used on the skin before a cleansing bar, and believed this would remove any dirt, grime, and make-up from the skin and stimulate and rejuvenate the face2.

This is noteworthy because unlike many skincare rituals and products from the early 20th century, double cleansing is still around today—and it’s actually a really good idea.

Removing make-up and sunscreen with an oil-based cleanser, and then following up with a cleanser that’s formulated to target your specific skin concerns, like acne or dry skin, can be quite effective.

This gives you the best of both worlds in terms of effectively removing cosmetics and treating your skin.

In Ancient Greece, honey was used to treat acne, and throughout history other treatments have included x-rays, UV lights, and even prayer3.

Fortunately, we don’t need to pray or cover ourselves in honey to get rid of acne these days—although the treatments we turn to now are, surprisingly, far from modern.‍

Retinol was first identified as an acne-fighting ingredient back in 1959, and benzoyl peroxide was recognised a few years later in 19653.

These two ingredients are among the most effective and reliable treatments we have against acne, even now.

It’s fascinating to think that while skincare has evolved so much, two of the most important and effective ingredients haven’t actually changed a whole lot since they were first used.

And, prescription retinoids are what Software's expert practitioners recommend when prescribing personalised compounded formulas to those searching for acne treatment.

Ever since fashion designer Coco Chanel spent too much time in the sun onboard a yacht in the French Riviera and returned home with an accidental suntan, looking tanned has been considered highly desirable.

Nowadays we can turn to fake tan to emulate the look of someone who’s been sun-baking in Europe, but our beauty habits weren’t always so safe.

Up until recently, lying outside in the summer sun was considered perfectly healthy, normal, and acceptable—but we now know better.

The sun can badly damage skin, and can even cause skin cancer, with two in three Australians getting diagnosed before the age of 704.

Tanning beds aren’t any safer, either: prior to Australia’s ban on solariums, it was estimated that they caused 43 melanoma-related deaths every year5.

It’s also been suggested that repeated use of tanning beds can cause blistering and burns, and can speed up the ageing process5.

We’re happy to make tanning a thing of the past. These days we’re topping up our sunscreen regularly, and making sure that the only tan we have comes out of a bottle.

In Ancient Greece, the historian Herodotus wrote about a fountain of youth.

He said that the people who bathed in it lived to be 120 years old, with glossy skin and hair—which sounds much like the beauty ideals of today!

From Alexander the Great to Juan Ponce de León, people have been trying to find that fountain ever since.

While modern science has most likely proven that such a place does not exist, our pursuit of youth is as alive as ever—but these days, we focus more on keeping ageing skin healthy instead of trying to keep up with an impossible standard of youth.

We now turn to serums and creams instead of the mystical waters of a fountain, and ingredients like retinol, hyaluronic acid, and niacinamide are the treatments we seek to combat ageing.

And, there's two lanes you can go down when it comes to anti-ageing products.

One is the prescription route, with Software's personalised anti-ageing treatment that contains retinoids to increase skin cell production and turnover, which helps to improve fine wrinkling, reduce irregular pigmentation, and skin texture.

Simply complete our text-based quiz and upload a few selfies of your skin and our local Software doctors will create a customised prescription formula for you.

For those who aren't ready for prescription ingredients, our Retinol Complex Oil is a gentle yet potent formula that reduces the appearance of fine lines, dark spots, and combats dryness.

It improves skin elasticity and firmness for a glowing complexion.

Some of the first face masks were used thousands of years ago in India, when women would apply Ayurvedic herbs, plants, and roots to their faces while preparing for religious ceremonies.

In more recent history, a rubber face mask was patented by Helen Rowley of Ohio in 18746.

Designed for ‘ladies who desire to improve their complexion’, the mask was strapped tightly to the face in the hopes it would increase sweating, which would soften the pores.

It could also be used to keep creams and topical treatments snug on the face after application, while the user was asleep.

While it does look a lot like the kind of sheet masks we use today, we’re pretty glad that we don’t need to be sweating into a rubber mask for the sake of good skin.