Knowing the difference between age spots, freckles and melanoma can help you be extra aware of your skin, beyond the surface level. 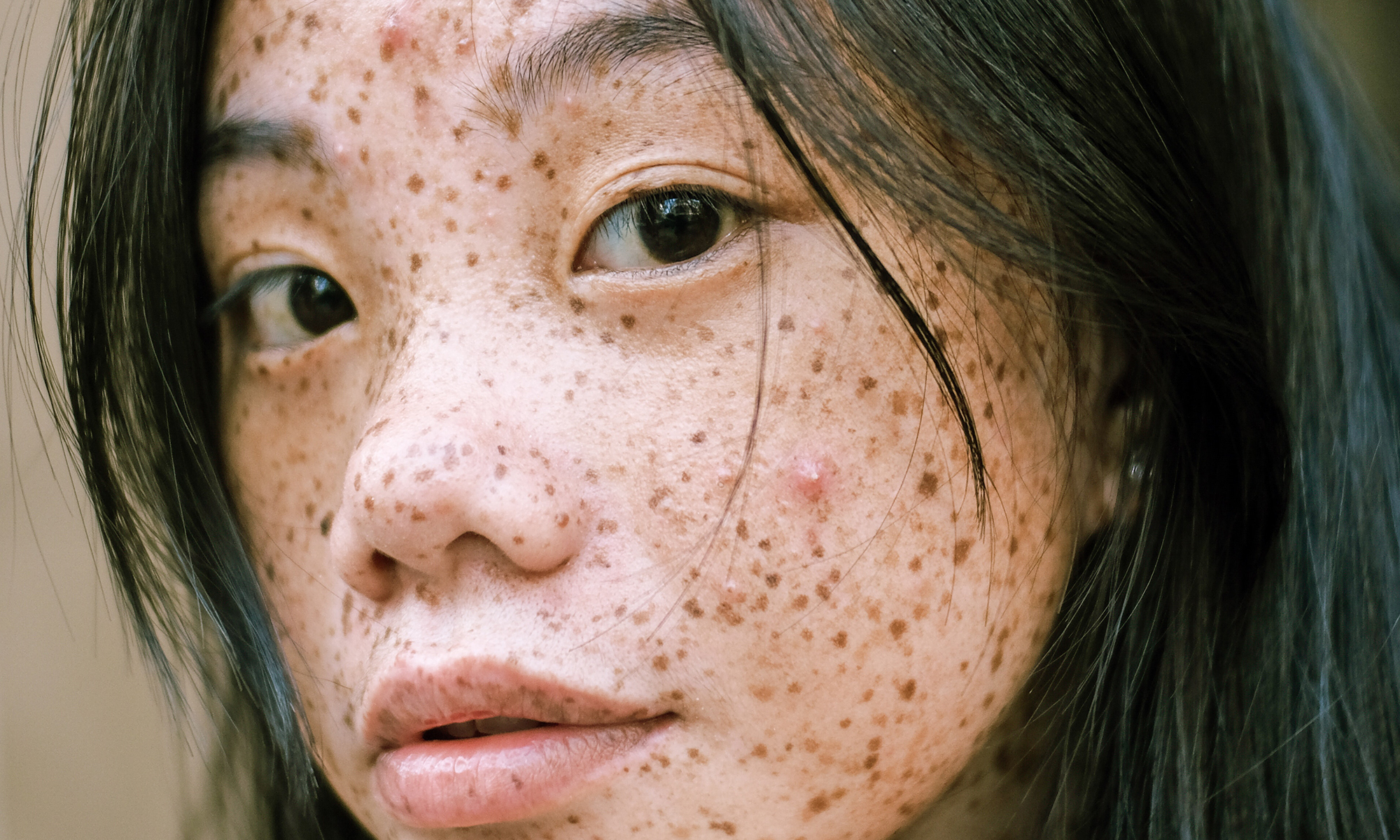 If you needed an extra reason to be rigorous with your sunscreen application, let it be for solar lentigo prevention.

In the world of skincare, the term solar lentigo might not be that common, but you're probably familiar with one of its many other names such as age spots or liver spots.

This form of pigmentation is super common, treatable and thankfully harmless.

But getting familiar with the ins and outs of solar lentigo can also be helpful for identifying other potentially more harmful skin issues, such as cancer.

Knowing the difference between age spots, freckles and melanoma can help you be extra aware of your skin, beyond the surface level.

What is solar lentigo?

As you get older, the cumulative time you've spent in the sun throughout the years starts to affect your skin more.

While solar lentigo is physically harmless, it can affect your self-confidence.

On the health front, it's also important to regularly check your skin if you have solar lentigines as one study suggests that people with multiple lentigines on their shoulders and upper back may be at higher risk of melanoma.

A solar lentigo is a darker patch of skin with a well-defined border contrasted against the rest of your complexion.

They can be light brown, dark brown or black depending on your skin tone. The patch is usually round or oval in shape but with an irregular border.

Solar lentigos can range from a few millimetres to several centimetres wide. They are usually flat spots, but sometimes they can be a bit scaly.

Solar lentigines can appear as a single spot or in a group of similar spots, usually on the most sun-exposed parts of your body like your face, backs of hands, shoulders, back, arms and feet.

How is solar lentigo diagnosed?

If you've noticed you've developed a patch of pigmentation, it's best to get it checked out by a professional.

A qualified healthcare provider, such as a dermatologist, will often diagnose solar lentigo based on its appearance and whether it matches the typical visual characteristics.

However, sometimes it can be difficult to distinguish an irregular solar lentigo from a melanoma based on looks alone.

In this case, your dermatologist can use a dermatoscope, which is similar to a magnifying glass, to take a closer look or a skin biopsy in order to make the diagnosis.

A skin biopsy is when your dermatologist takes a sample of the skin for testing.

Who is at risk of developing solar lentigo?

Pretty much anyone can be at risk of developing solar lentigo, although there are certain factors that put some people more at risk than others.

While all skin colours can develop solar lentigo, it is more common in people with lighter skin tones.

Since it is caused by the sun, solar lentigines are more common in people who spend a lot of time outdoors and experience more UV light exposure.

This could be due to working outside or from recreations like spending time at the beach or playing sport.

Given solar lentigines occur with sun damage that has built up over time, they are most likely to affect people over 50 years old.

Solar lentigo treatment: What to do

In an ideal world, we'd be taking preventative measures, such as avoiding sun exposure and using sunscreen, from an early age in order to avoid solar lentigo altogether.

But if you haven't been on top of your sun safety so far, it's a good idea to start now. Be sure to wear sun-protective clothing every day alongside the use of SPF50+ sunscreen to prevent further pigmentation and sun damage.

If you've already developed solar lentigo, there are a couple of different treatments that can lighten the dark patches.

Software's personalised pigmentation treatment can be used to even out skin tone, with ingredients like azelaic acid, niacinamide and a prescription fading ingredient compounded together to suit your individual skin needs.

Niacinamide helps dial-up with brightness and glow in your skin, while azelaic acid fades acne marks and reduces inflammation.

Rounding out the formula is a prescription fading ingredient, which lightens dark spots.

Simply take our quiz, upload a few selfies of your skin and an Australian doctor will create a custom formula just for you.

And, you'll have ongoing access to your doctor for support as you use your treatment.

While these treatments can be successful at lightening dark patches, they also come with a higher risk of adverse effects and not all of them are suitable for darker skin tones.

What is the difference between solar lentigo and freckles?

While a cluster of solar lentigines can look quite similar to freckles, these two types of pigmentation are actually quite different.

Freckles are a genetic characteristic and are caused by the same gene variant that gives people red hair.

This means if you have freckles, you've likely inherited them from your mum or dad.

Although freckles are not caused by repeated sun exposure, they usually fade during winter months when there is less UV light, whereas solar lentigines don't lighten or darken with the change of seasons.

Freckles also tend to be between three to 10mm, are poorly defined and can merge into larger clusters.

A solar lentigo, on the other hand, can be several centimetres wide and usually has a well-defined border between the darkened patch and the rest of your skin.

In another case of mistaken identity, lentigo maligna and solar lentigo are similar in name and looks, but the former is a precursor to skin cancer while the latter is harmless.

Like solar lentigo, lentigo maligna is characterised by darker patches of skin and is caused by sun damage.

They usually develop on the face or neck, particularly the nose and cheeks where you would have the most UV light exposure.

While the dark patch might look like a benign age spot at first, a lentigo maligna usually grows in diameter and extends deeper into other layers of the skin slowly over many years. This can range from five to 20 years or more.

The shape and appearance tend to become more atypical over time and can be identified by a dermatologist based on the ABCDE rule (Asymmetry, Border, Colour, Diameter and Evolving).

Lentigo maligna can be difficult to identify based on looks alone in its early stages and it is most accurately diagnosed with a biopsy.

When should you seek medical attention?

Since the two types of lentigo can look quite similar, it's important to monitor any age spots or moles for changes that could indicate that it is actually a lentigo maligna ‚Äî another form of skin cancer ‚Äî or something else entirely.

Check your skin when you're undressed in a room with good lighting and a full-length mirror so that you can see your whole body clearly.

Keep an eye out for any spots that have changed in shape, colour or size, or that are itching, bleeding or have become raised.

Taking photos of a spot can help you keep track of any changes and you could even use a dedicated app for this.

Even if your doctor has previously said that a spot is harmless, check it for changes anyway and if you do notice any differences, have your doctor examine it so they can check for skin cancer or other medical conditions.

When it comes to skincare, sun protection is one of the most important steps you can take in keeping your skin healthy and preventing a wide range of issues including solar lentigo.

While solar lentigines are harmless and can be lightened using pigmentation treatments, it's important to minimise your risk of further damage and developing skin cancer. 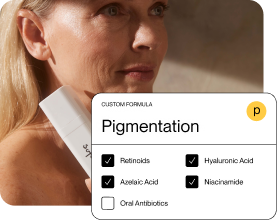 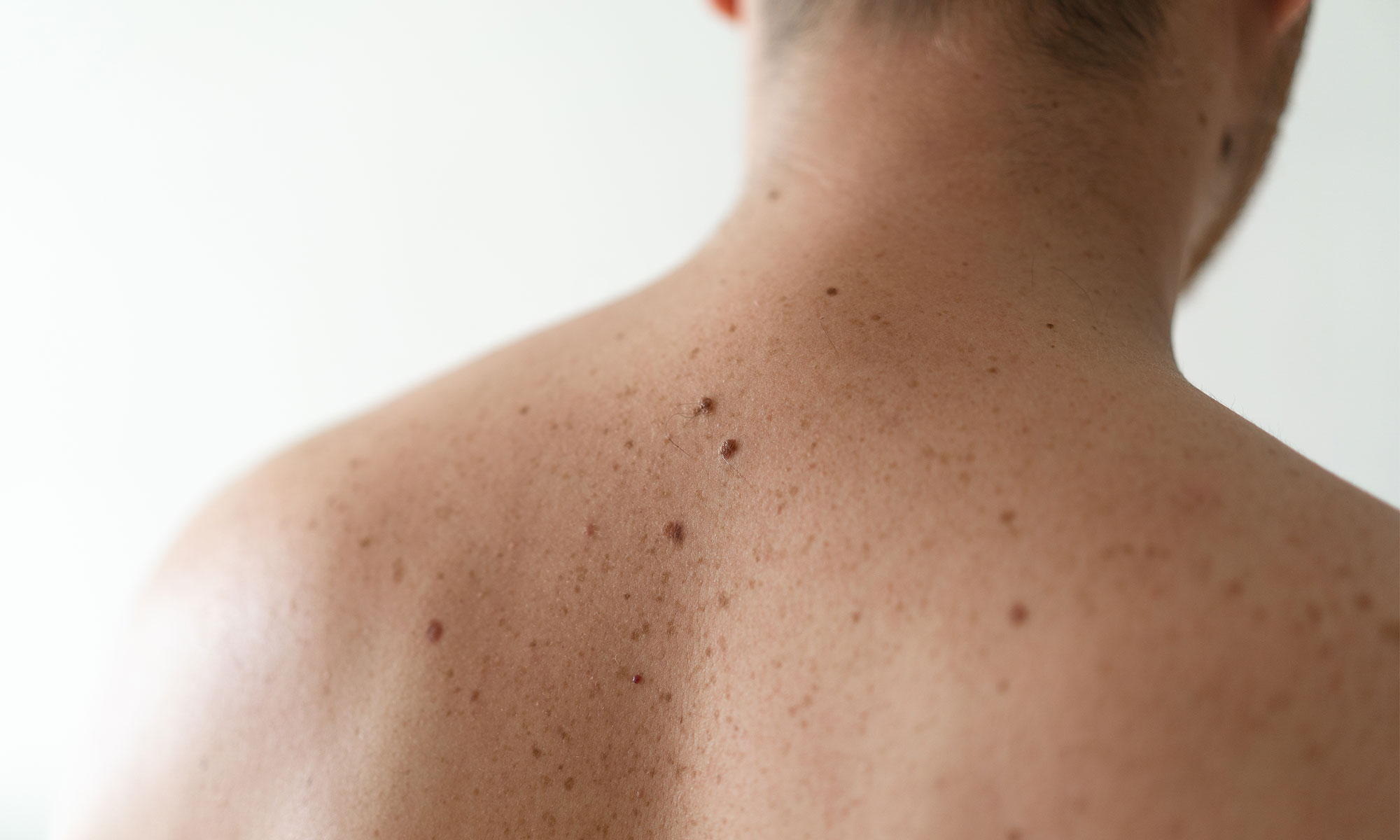 What are sun spots and are they dangerous? 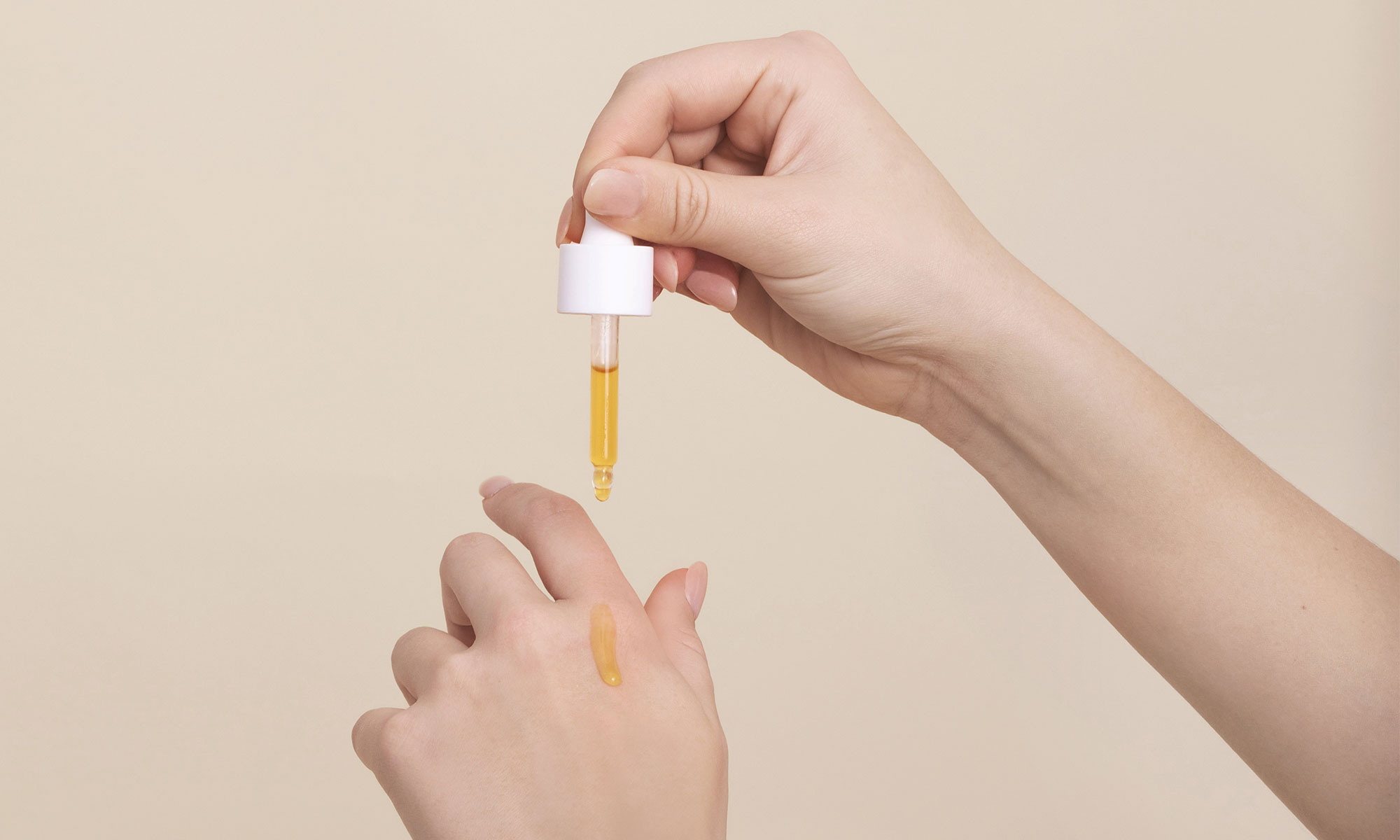 Pigmentation and sun spot removal: What you need to know 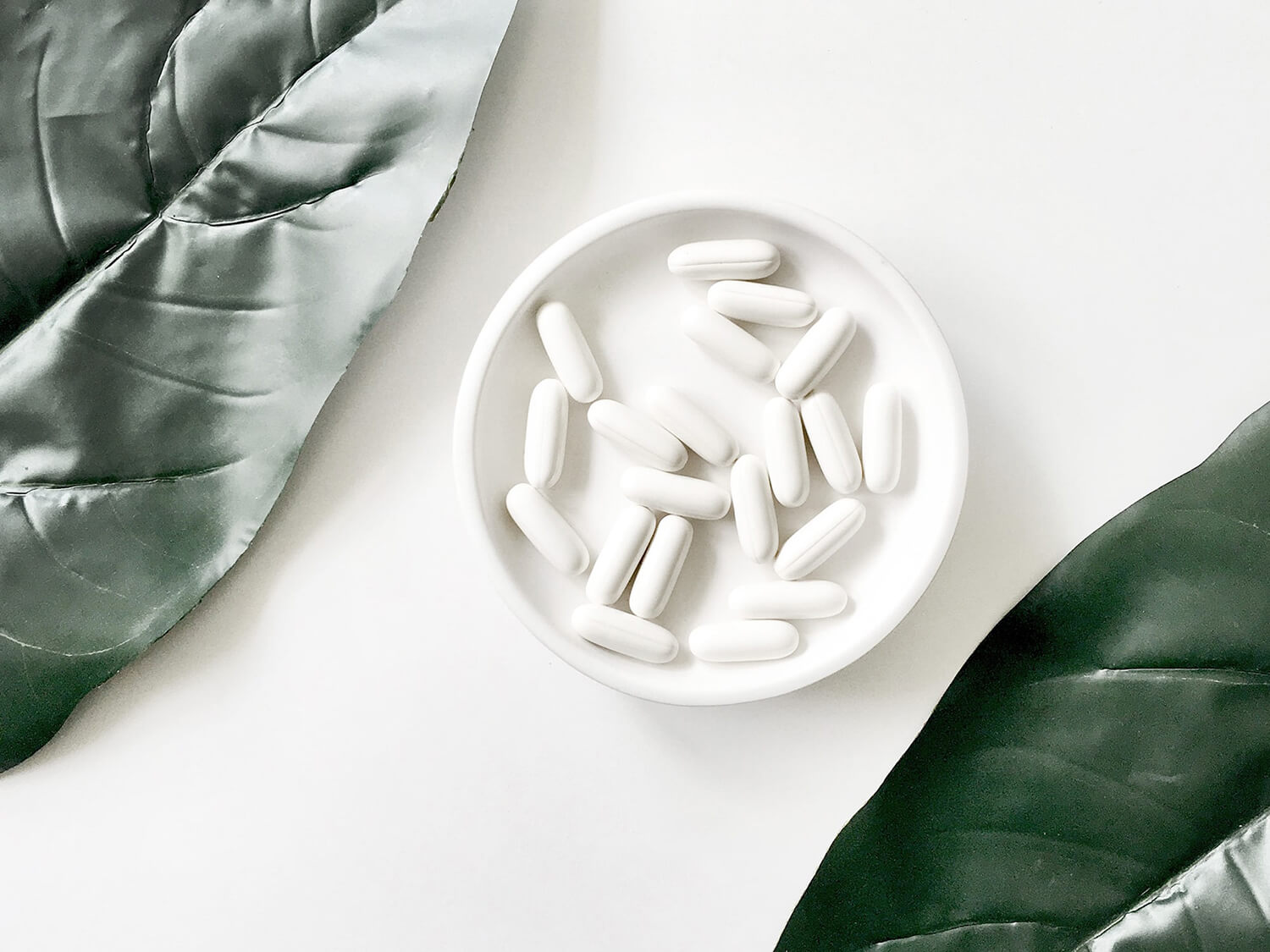 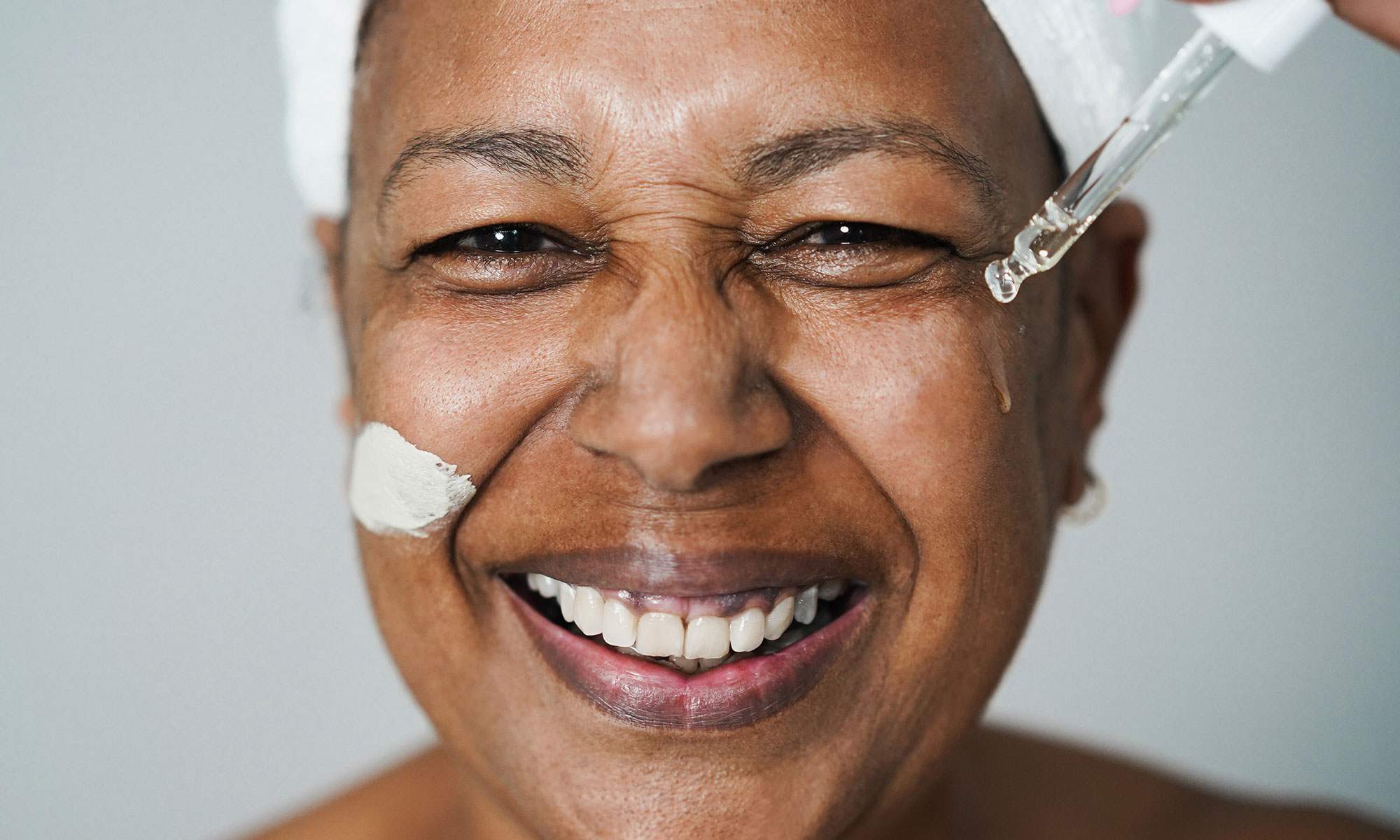 The best morning and evening skincare for mature skin

What are sun spots and are they dangerous?

Pigmentation and sun spot removal: What you need to know

The best morning and evening skincare for mature skin